Still Doing KYC Using DigiLocker Issued Aadhaar? Here is Everything you Should Know!

DigiLocker was launched by the Government of India as part of its move toward paperless and digital governance. Gone are the days when a person had to get their documents attested by a gazetted official to serve as valid proof. 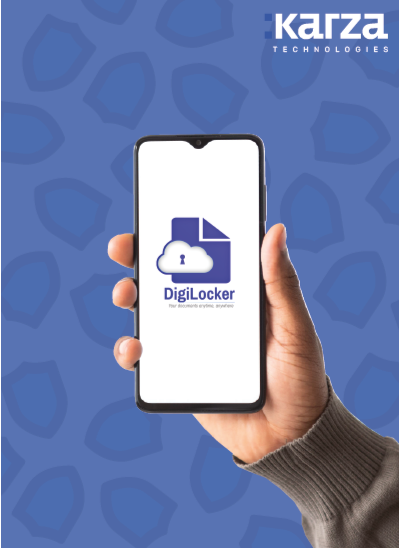 There was a time when Indian citizens used to carry mountains of documentation to prove both their citizenship and place of residence. Also, the process of getting the lost identity documents reissued is time-consuming and extremely complex, with innumerable formalities to adhere to. Hence, the government of India has made a comprehensive provision for digital documentation and e-signing of various identity documents through DigiLocker, instead of self-attestation.

Digital Locker provides a secure and safe cloud-based platform for storing, presenting, and verifying documents and certificates. The platform manages and stores all virtual identity proof documents and is linked to the Aadhaar Number of the user.

With the aim of facilitating paperless governance and simplifying the lives of citizens, the government has decreed that documents such as driving license, car registration, voter ID, PAN card, school and college certificates, and many other valid identity proofs issued by the government will now be accepted as officially valid documents when presented in digital form.

DigiLocker provides uninhibited access to authentic documents in digital format in what can be perceived as a digital documents’ wallet.

There are two kinds of Digilocker services

Individuals can create an account easily through the DigiLocker website. He/She can also log in using your Aadhaar number and the OTP sent to the Aadhaar-linked mobile number. He/She can upload the documents or get them issued by the relevant statutory authority such as the UIDAI, the Income Tax Department, the CBSE, etc.

DigiLocker is still in its infancy. There are only 3.84 crore DigiLocker users in a country of 138 crores. It is evident that most citizens do not have access to DigiLocker accounts. To grow the user base DigiLocker has partnered with UIDAI to create a specific configuration allowing Registered Requestor Agencies like Karza Technologies to enable DigiLocker account creation on the fly for clients and fetch their DigiLocker issued Aadhaar cards.

Earlier via DigiLocker accounts, a PDF with basic details like photo and masked Aadhaar number was available for download. With the latest advancement, DigiLocker now provides an Aadhaar XML file instead of a PDF copy.

Aadhaar XML is in machine-readable XML format digitally signed by the UIDAI to verify and validate the authenticity of Aadhaar card. Aadhar XML is also known as Aadhar Paperless offline e-KYC.

It is a digitally signed machine-readable XML document that is encrypted, safe, secure, and shareable to establish and authenticate the identity of the cardholder offline. It can be stored on the laptop or the phone once extracted from the UIDAI website. XML file comes in handy in the KYC processes undertaken by various institutions.

So, What's the Difference?

There is one key difference between the DigiLocker issued Aadhaar XML file and the Aadhaar XML file downloadable from the UIDAI website. DigiLocker issued Aadhaar XML file is built on similar lines to Aadhaar e-KYC. Aadhaar e-KYC contains demographic data that is time-stamped known as “Time to Live” and is hosted by Authentication User Agency, an entity engaged in offering Aadhaar-enabled services to Aadhaar cardholders. This ‘TTL’ field has an expiration date of exactly one year, which effectively indicates a one-year expiration period.

The XML file cannot be used for identity verification or authentication beyond the expiration date or one year after the issuance date. As an AUA, this means you may have to redo the KYC process again after one year for the concerned individual unless the DigiLocker issued Aadhaar XML file was validated and ratified with a Video KYC, which concludes the KYC process.

The accounts that are created as minimal KYC accounts or created solely on the basis of DigiLocker issued Aadhaar XML file, may not be accepted as fully KYC-compliant accounts. The recent shift to Digilocker at an industry level has been primarily owing to the fact that a few technology service providers have had a low success (50-60%) in fetching the Aadhaar OKYC from UIDAI website directly.

An FYI, Karza’s Aadhaar OKYC API has a 95%+ Success Rate!

Vendors are seen encouraging clients to use DigiLocker's Aadhaar XML file as a replacement for the Aadhaar OKYC, capitalizing on the widespread ignorance that KYC is valid for only a year. These firms obfuscate the fact that their KYC is not fully compliant. This is due to the fact that these firms spend an inordinate amount of time retrieving the Aadhaar Paperless Offline e-KYC from the UIDAI website with a relatively low success rate.

Be fully aware while opting for an alternate for OKYC from UIDAI with DigiLocker issued Aadhaar XML when using the same for minimum KYC accounts. You can reach out to Karza for understanding this in much greater depth at any time.