Cryptocurrency has been here for a while. We’ve all heard of Bitcoin, Ethereum and Litecoin. We may have heard how Tesla’s founder Elon Musk turned Dogecoin from an obscure digital currency to a speculator's dream through his Twitter posts 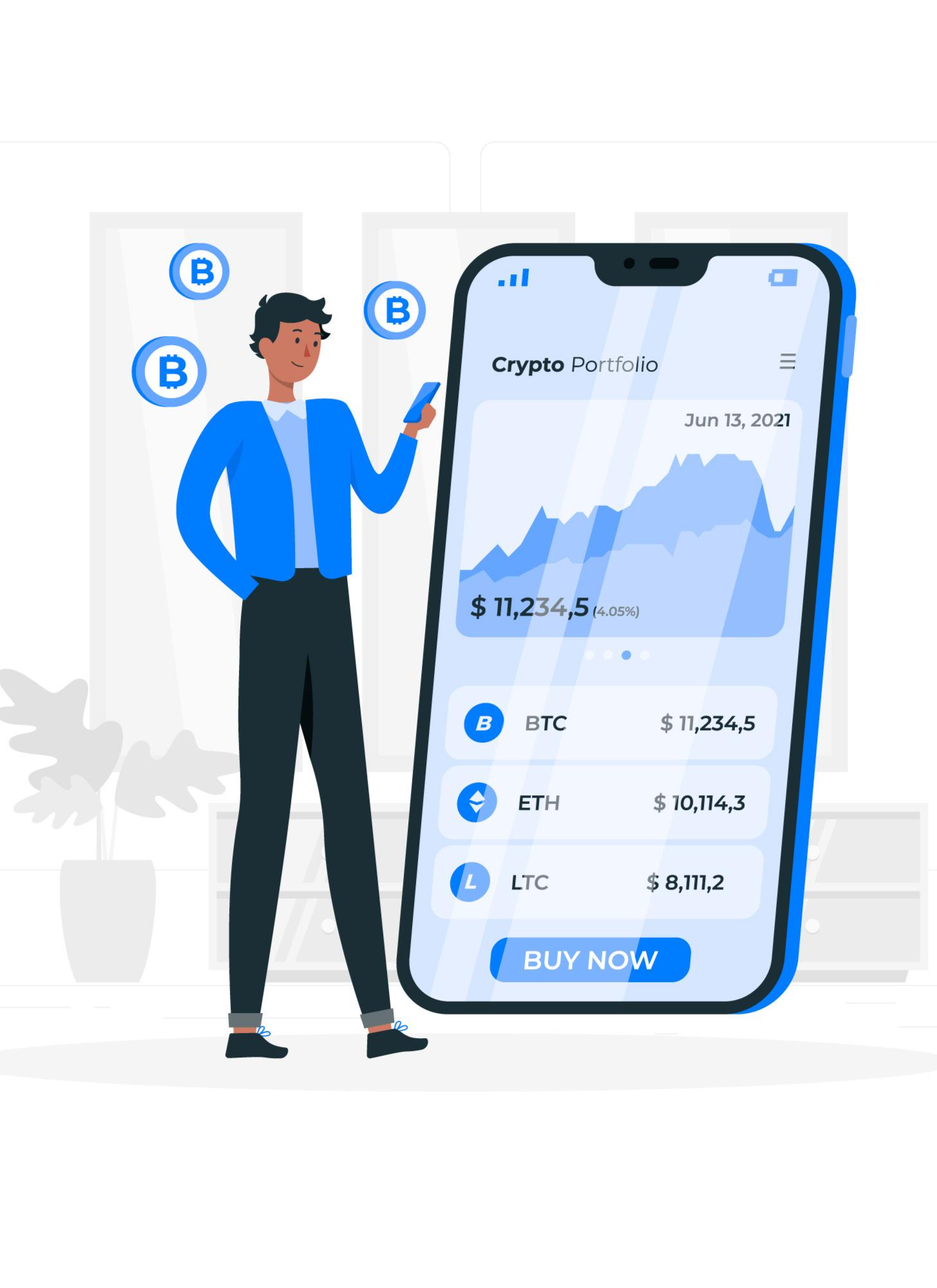 The financial press has been flooded with cryptocurrency news over the last two-three years. Between 2012 and 2020, Bitcoin, which has around 50% market share in the cryptocurrency market, has grown by an astounding 193639.36%

Reports indicate that India has the largest number of cryptocurrency holders in the world - 10.07 crore. The US is second with 2.74 crore, followed by Russia at 1.74 crore and Nigeria at 1.30 crore.

The stupendous growth of cryptocurrency hasn’t gone unnoticed. Fast and secure KYC processes are also increasingly relevant for cryptocurrency exchanges to preserve and maintain funds invested by credible investors, and to establish faith in them.

Fun Fact: The most traded cryptocurrencies in India over the past six months were meme coins, led by the Elon Musk-backed Dogecoin and its trending rival Shibu Inu over cryptocurrencies such as Bitcoin, Ethereum, and MATIC in terms of trading volume.

To understand cryptocurrency, we must first understand how blockchain technology works.

A blockchain is a digital ledger that is stored and maintained by a decentralized network of computers. This means that all transactions recorded on the ledger are independently verified and recorded by every computer on the network, ensuring that they cannot be tampered with or reversed by any single person. Blockchains collect information in groups called blocks, each encapsulating a list of transactions executed on the blockchain. When a block is filled, it is closed and linked to the previous block, forming a chain of blocks i.e. a ‘Blockchain.

Cryptocurrency is a form of digital currency that was originally created as a monetary incentive for computers on the network to validate the transaction. A cryptocurrency may be an asset, currency, utility, or security.

It is envisioned by its proponents that cryptocurrency will supplant traditional currencies such as dollars, euros, pesos, rupees, etc in the distant future. Cryptocurrency has no physical counterparts such as banknotes or coins that can be exchanged or used, so it is completely electronic.

Let us discuss the major distinguishing features of cryptocurrencies:

The cryptocurrency depends on peer-to-peer networks. In cryptocurrency, blockchain technology facilitates the transfer of value peer-to-peer, obviating the need for a centrally controlling entity. The decentralized system avoids fraud as well as any third-party intervention, preserving the integrity of data and transaction security. Users can send and receive cryptocurrency directly between each other without a central bank or authority intervening.

Cryptocurrency transactions are public and accessible to the public. The user behind a specific account is unlikely to be determined as the components of cryptocurrency, such as addresses, private and public keys, and transactions are all read in text strings, such as public addresses that are in no way traceable and trackable to anyone’s personal identity.

But you can track transactions and monitor the amount of money flowing through the system.

Cryptocurrencies, by their nature, cannot be owned or controlled by a single, centralized entity. Given the nascency of the technology, governments are still effectuating governing regulations, which tend to vary widely across the world. In India, neither the Government nor the Reserve Bank of India recognizes or issues cryptocurrency as legal tender. There is also no law that prohibits or permits trading in cryptocurrencies. They function similarly to gold, commodities, and real estate, as assets. People can trade gold without the government regulating it.

Regulations for Cryptocurrency in India

In India, Bitcoin and other legal currencies remain outside the scope of legal regulation. However, the government is working on a regulatory framework.

Jayant Sinha, chairman of India's Parliamentary Standing Committee on Finance, explained the unique approach to crypto regulation in India at a marquee event.

India’s cryptocurrency policy is likely to be drafted around the following core values:

The government is in the final stages of crafting regulations for cryptocurrencies in India and had earlier stated that the primary goal of the cryptocurrency bill would be to determine cryptocurrency on the basis of use cases.

KYC is done to confirm that a customer is who he claims to be. In the past, cryptocurrency was seen as a lucrative option for financial offenders and money launderers due to its anonymous nature, making it impossible to trace funds back to their original users. To combat this, cryptocurrency exchanges have started conducting KYC checks. In case a cryptocurrency exchange does not carry out adequate KYC checks, it can face penalties from statutory authorities or even closure if found guilty of any such illegal activity.

Why is KYC needed in Cryptocurrency?

It involves the collection and verification of the user’s data.

For example, KYC is required for users of CoinSwitch Kuber before they can trade on their platform. CoinSwitch requests PAN and AADHAAR numbers, followed by a selfie. Similarly, WazirX, another cryptocurrency exchange in India, has a process that completes KYC within a few minutes of signing.

To verify account details, some exchanges use the penny drop method, transferring Re 1 to verify the account details. For corporate clients and those seeking higher transaction limits, they may seek additional documents.

There are alternate more secure methods that can be adopted to onboard new clients. One of these is Karza Technologies’ state-of-the-art solution Video KYC that includes: secure audio-visual interaction for real-time collection of pertinent data, and real-time authentication and verification of client information. With Karza Technologies' Total KYC solution, cryptocurrency exchanges can collect documents, extract relevant information, and verify user identities using that information.

Monitoring is key to ensuring KYC information is current and gives the system the ability to identify any suspicious activity. Cryptocurrency exchanges flag out multiple large transactions that are flagged suspicious and inform the relevant authorities.

Challenges in KYC in cryptocurrency

Many cryptocurrency users oppose increased regulatory scrutiny, for reasons ranging from ideological to criminal. Many users do not want regulators and statutory authorities breathing down their necks: to them, sharing valuable personal data contradicts the premise of cryptocurrency, which is anonymity in cryptocurrency transactions with no central authority intervening.

Unlike stocks at a stock brokerage, you can retrieve and withdraw cryptocurrencies and store them in an outside wallet. Cryptocurrency wallets, work just like traditional wallets, except they hold digital cash instead of hard cash or paper notes.

Cryptocurrency wallets are susceptible to immense risk because no KYC is performed for any subscription. It enables money launderers to hide their ill-gotten gains anonymously, since there may be no association between them and the wallet in which they hold their cryptocurrency. Implementing an effective regulatory structure and analyzing patterns of fraudulent behavior in these wallets is going to be crucial to the development of the Web3 ecosystem.

The crypto market is expected to continue its meteoric rise in financial terms. Despite this, the rules of the game are changing as there is an increase in cryptocurrency exchanges and a new set of investors are coming in.

Cryptocurrency exchanges are doing everything they can to put KYC checks in place to confirm the identity of the user and disincentivize money launderers and financial criminals to move dirty money into the blockchain ecosystem through corrupt, illegal means.